Tired of "Leaning In?" Try Reaching Up with the book: RenWomen: What Modern Renaissance Women Have to Teach Us About Living Rich, Fulfilling Lives.

Co-authored by twin sister and brother, UCSB alum Dale Griffiths Stamos and W. Scott Griffiths, RenWomen is a celebration of 16 modern Renaissance women and their secrets to success.

SANTA BARBARA, California, June 1, 2016 (PR Newswire) -- RenWomen: What Modern Renaissance Women Have to Teach Us About Living Rich, Fulfilling Lives, explores the lives and lessons of sixteen remarkable multifaceted, multi-talented women who have embraced life’s challenges, often overcoming daunting odds, to fulfill their highest potential. These compelling stories of adventure, commitment, heartbreak, and inspiration will keep readers turning pages and wanting more. For those women (and men) with many passions these women will inspire and motivate you to pursue your own abundant “Ren” life.

RenWomen has been hailed by educators, thought leaders, and authors as "stunning," "dazzling," "profound" and "a masterpiece." It includes:


C200 member and foreword writer, Larraine Segil writes: "I am so grateful to Dale and Scott for putting a name to the phenomenon that is exemplified by the women in this book. It is a Sisterhood of Being Different—yet in so many ways we are the same—as their book clearly defines. In that, I find comfort, as will other RenWomen, their parents, spouses and the children who love them."

“There are a number of books out now about women of courage and vision. This stunning work is exceptional in its fascinating portraits of women who are creating a renaissance of spirit. Here we meet the divine feminine in all her glory. In true renaissance fashion, each has discovered ways of transcending and transforming limitations so that extraordinary life can arise. Each has discovered new ways of being and doing. As a source of inspiration and modeling as well as of passionate possibilities, this book will  energize and give new vision to those who want to make a better world.”

-Jean Houston, Ph.D., author, The Wizard of Us, A Passion for the Possible, A Mythic Life, and 28 other books, consultant to the United Nations Development Program in Human Development


“The term ‘Renaissance’ to describe those rare individuals whose interests, knowledge, accomplishments and philanthropy span the realms of the arts, humanities and sciences, is well understood.  It is of course more commonly applied to men than to women, but this scholarly yet readable book by Stamos and Griffiths, ably redresses the balance.  It does so in a dazzling way by bringing to life the compelling stories of Renaissance women in the modern age, many of whom, whilst hugely inspiring to those they have mentored, are not in the public eye quite in the way the redoubtable Hillary Clinton, Maya Angelou or Oprah Winfrey are.

“The vibrancy and authenticity of the stories of these modern Renaissance women sings from the page and draws the reader to a shared conclusion that in believing in our inner voices; in being active in the world; in always doing the right thing and by working collaboratively with others, each and every one of us can contribute to improving the societies we live in and serve.

“This volume profiles the resilience, courage, determination and optimism of some truly remarkable women. It shines a helpful light on women’s accomplishments and reminds us that, as the late President Nelson Mandela would say, “There’s no passion to be found in living a life that is less than the one we are capable of living”


“What a profound masterpiece on a subject previously misunderstood and certainly misrepresented. I have known since the early days of my own career that women are far superior leaders than men. I have studied and lectured on the subject extensively around the world, and this book has captured the essence of the true renaissance of women in a clear and vivid way. It also provides a path forward for women of all backgrounds to understand and permit their own true potential to be fully realized. What a testament to the brilliance of the authors that their research and examples have brought such an important subject to the full light of the world. BRAVO!”


“RenWomen: What Modern Renaissance Women Have to Teach Us About Living Rich, Fulfilling Lives is an inspiring book for both women and men, not only in terms of the fascinating stories of these exceptional multi-faceted women but also in the ways the book helps us better understand the necessary partnership between the Feminine and the Masculine. It shows how, in allowing the full potential of women, along with men, we create and thrive as a society, in true collaboration with Life.  Reading this book, you will understand how important it is to rewrite His-story and Her-story into Our-Story.”

-Emmanuel Itier, Director of the multi-award-winning film Femme: Women Healing the World and the film The Invocation, featuring the Dalai Lama and Deepak Chopra, and narrated by Sharon Stone.


“RenWomen: What Modern Renaissance Women Have to Teach Us About Living Rich, Fulfilling Lives is a must read not only for women but also for anyone who is intrigued and inspired by the idea of the Renaissance personality, by what allows someone to excel across a wide spectrum of talents and abilities. RenWomen is a sequel to Beyond Genius: The 12 Essential Traits of Today’s Renaissance Men, and it carries our curiosity beyond the traditional definition of the Renaissance man to women. While exploring the unique challenges that women have faced and continue to face, it celebrates those who have embraced the process, trials, and romance associated with Renaissance thinking.  It highlights those extraordinary female contributors, both historic and modern day, in order to give us a framework from which to think about our own Renaissance abilities and aspirations.  It also provides thought-provoking ideas for the next generation of Renaissance women, who are on their own path to contribute to the world at large (business, science, art, technology) while holistically balancing the many aspects of their lives. Read this book and treat yourself to unusually illuminating and perceptive insights into the Renaissance Woman.”


“RenWomen: What Modern Renaissance Women Have to Teach Us About Living Rich, Fulfilling Lives is the most fascinating book I've read this year and last.  More than just a good read, this gem will be a motivational life-changer for many women, young and ‘not-quite-old.’  I'm going to buy copies for my daughters and their daughters, and for a few of my closest friends.”

-Marilee Zdenek, Best-selling author of The Right-Brain Experience and six other books including the memoir Between Fires, and international speaker

Dale Griffiths Stamos is an award-winning playwright, screenwriter, and film/theatre producer, and was Emmy nominated for her story contribution to a CBS one hour special. Living her own “Ren” life, she received a master’s degree in Romance Literatures from UCLA and speaks French, Spanish, Italian, and a little Greek.  She teaches writing at the Santa Barbara Writers Conference, edits books, and is a lecturer on story structure.  She is also a published poet, plays piano and guitar, and writes songs.

W. Scott Griffiths, CEO and Founder of 18/8 Fine Men’s Salons, is a serial entrepreneur and co-author/producer of the best-selling books Air Powered and America’s Best Beers.  In his “Ren” life, Scott has degrees from Art Center College of Design and an MBA from UCLA. Scott has devoted his talents to creating leading brands for everything from early stage to Fortune 500 companies. He is a professor in the MBA program at Pepperdine University, and has served on more than ten boards. 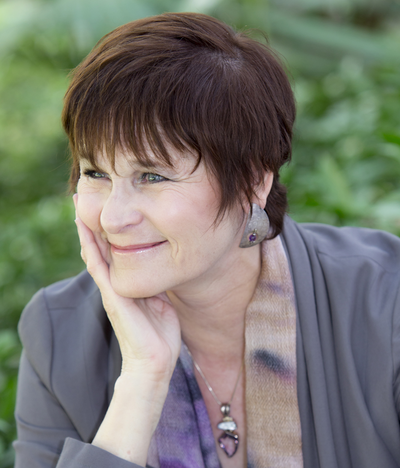 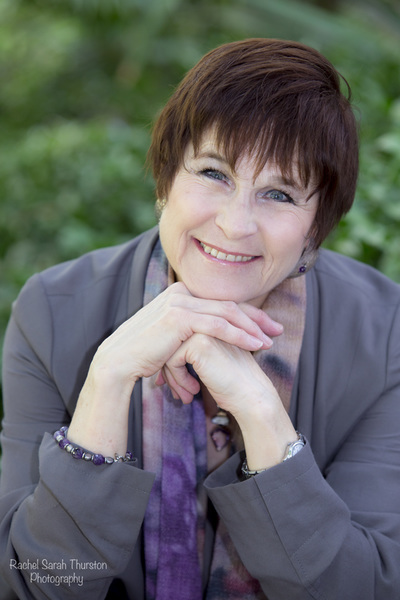 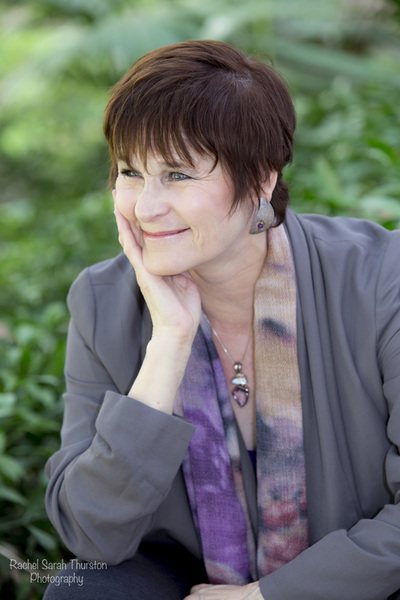 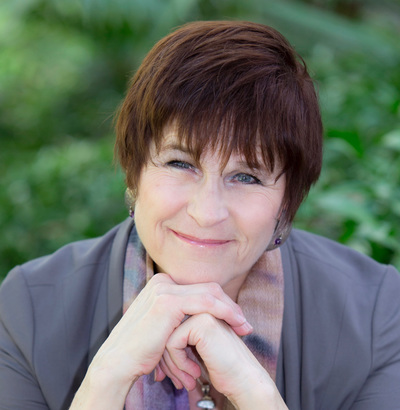 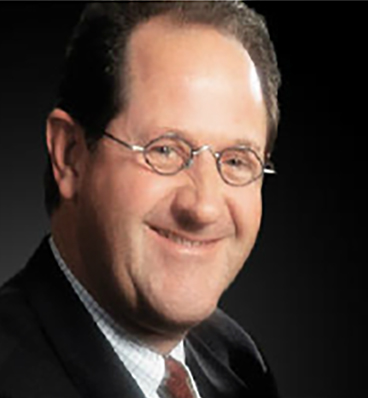 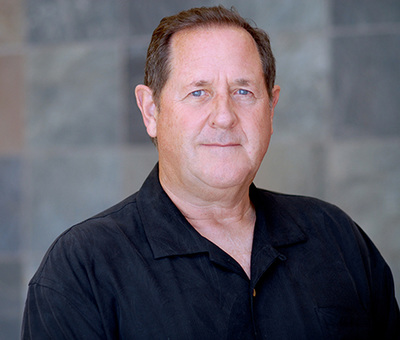